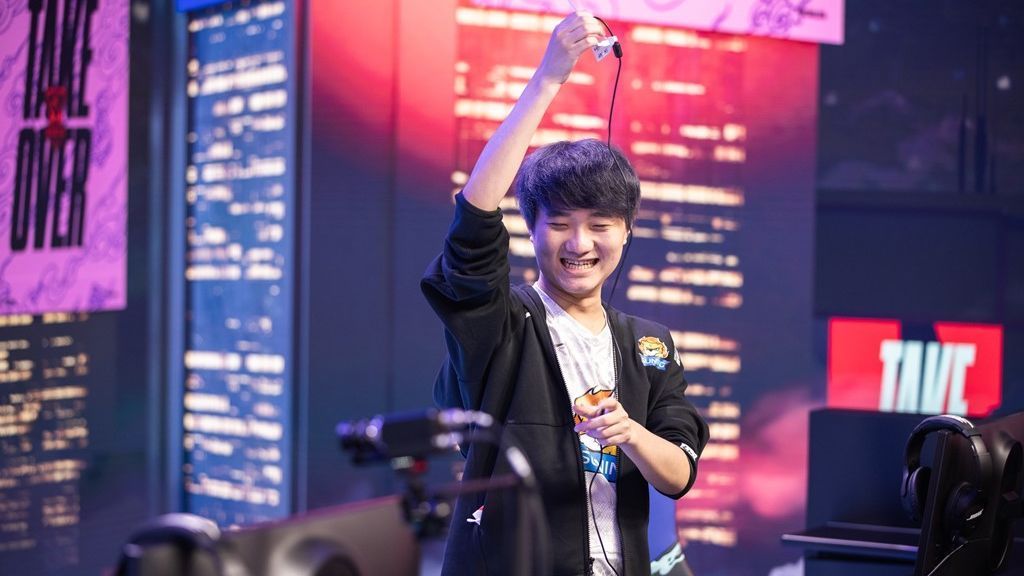 Another regional rivalry took center stage in the 2020 League of Legends World Championship quarterfinals on Friday. Following the repeat of the 2020 LoL Champions Korea summer finals on Thursday, Chinese squads JD Gaming and Suning faced off in an all-LoL Pro League showdown.

The results did not necessarily go as expected, with Suning not only besting JD Gaming 3-1 but doing so convincingly through strong teamfighting and skirmishes.

Check out our recaps of the groups and play-in stages of the 2020 League of Legends World Championship as well.

Unlike DAMWON Gaming’s series against DRX, where the two teams had played each other recently and DAMWON quickly stomped their opponent 3-0, Suning had not met JD Gaming since the second week of the LPL summer split.

Back then, it was a JDG 2-0 that Suning arguably should have won, but Suning were still in the beginning stages of building the team that is currently on the worlds stage; JDG also had a good understanding of how to stop Suning with vision control and flanks from top laner Zhang “Zoom” Xing-Ran or mid laner Zeng “Yagao” Qi.

The best in the world meet to compete for the World Championship! Answer questions and play against your friends. Make Your Picks

That approach was what was expected from this series as well. Despite the fact that Suning had arguably looked better in groups — something that could also be attributed to not having DAMWON in their group — and were well-suited to the current metagame, JDG presumably had the upper hand in this series.

Instead, we had the rare, shining moment where a much-lauded rookie player steps into the international spotlight and exceeds expectations in the best way. Most fans already knew of Suning bot laner Tang “huanfeng” Huan-Feng’s incredible journey to get to worlds thanks to an interview by the LPL broadcast team, but on Friday, he fully embraced his role as the LPL’s best up-and-coming bot laner.

Huanfeng’s Jhin in particular was remarkable, and he cemented his place as a king among Jhin enthusiasts with an ultimate from inside JDG’s base during Game 2 that went viral on multiple social media platforms.

*Jhin ults behind you*

Suning’s win was also a testament to jungler Lê “SofM” Quang Duy and support Hu “SwordArt” Shuo-Chieh’s veteran leadership on the team, something that rookie top laner Chen “Bin” Ze-Bin has cited as the reason why Suning are such a strong squad right now.

A fond farewell to: JD Gaming

For the majority of the year, JDG were one of, if not the LPL’s best teams. They were smart, well-coordinated, drafted around their players’ obvious strengths and weaknesses, and supplemented this with remarkable 5v5 teamfighting.

Even in their quarterfinals loss to Suning, there were several times where JDG’s group engages were clearly better, and if they had a lead (especially in Game 3, which was pretty much over for JDG once Bin’s Gangplank got a Level 1 double-kill and took a Sheen to the top lane) at those times, they would have won those fights.

Although they won’t be moving on at worlds this year, 2020 JDG were a special team to watch and should still be remembered as one of the LPL’s best.

Every game in a sentence

Quarterfinals got underway at the 2020 League of Legends World Championship on Thursday. The first series was a rematch of the 2020 LoL Champions Korea final between DAMWON Gaming and DRX that went in the exact same way that first matchup did: a 3-0 sweep for DAMWON.

The moment DRX were drawn against DAMWON Gaming, they were already considered out of the tournament.

We had already seen what DRX could do against DAMWON in their summer finals best-of-five ,and it wasn’t much. DAMWON were not only able to best DRX individually, but more importantly had much stronger objective setups and trading across the map. DRX had, however, looked a bit more cohesive in the group stage, particularly in their games against LoL Pro League No. 1 seed Top Esports.

Although Top Esports won both of those games due to stronger teamfighting, there was hope for DRX. Despite the team’s reliance on mid laner Jeong “Chovy” Ji-hoon and a back injury hindering bot laner Kim “Deft” Hyuk-kyu, the team seemed like it might have improved enough to give DAMWON more trouble than they were able to in that quick summer final sweep.

I had hoped to say that this series wouldn’t play out as expected — that DRX would be able to take at least a game off of DAMWON. They could not. The series ended in similar 100-minute fashion, with DAMWON too strong to allow DRX even one game. DRX came closest in Game 2, but a clutch engage from DWG top laner Jang “Nuguri” Ha-gwon on Ornn flipped the game back into DAMWON’s favor, and they didn’t give DRX any advantages afterwards.

DAMWON will now go on to the semifinals to face either the team that knocked them out of worlds in 2019, G2 Esports, or another fellow South Korean squad in Gen.G. DAMWON should be favored in both matchups with how strong they’ve looked at this tournament.

A fond farewell to: DRX

For most of the 2020 LCK season, DRX were a fun team to watch and always near the top of the standings. They had interesting drafts (which sometimes hurt them more than they helped), and the continued evolution of Chovy was one of the highlights of the season. In 2020, the mid laner grew from a 1v1 outplay king who somewhat relied on favorable matchups from his team to a legitimate team player with much stronger teamfighting skill and engage sense, making DRX a legitimate threat against any team not named DAMWON.

DRX have two standout young players that people watch going into 2021, too, despite some rough performances Thursday. Jungler Hong “Pyosik” Chang-hyeon and, in particular, rookie support Ryu “Keria” Min-seok have a lot of potential going forward in future LCK seasons.

The saddest part of DRX’s exit: The revelation about Deft’s back injury. The bot laner’s been one of the best in the world and competed professionally since 2013. He hasn’t mentioned retiring, but given the physical setback and length of his pro career, we’ll hope that this isn’t the last time we see Deft in an international showdown.

Quote of the day

DRX coach Kim “cvMax” Dae-ho reflected on the season after Thursday’s sweep, giving credit to both Chovy and Deft for helping coach the team.

“Thanks to Chovy and Deft, the core players, Keria, Pyosik, and Doran were able to soak in all of the game knowledge and experience,” cvMax said via a translator. “Also, Chovy and Deft were even coaching better than the real coaches. Maybe they were the realistic coaches of our team leading the team so well. I also learned so much by watching them doing feedback for the players. Compared to myself in Griffin and this year, I think I’ve become better at coaching, and it’s all from Deft.”

Every game in a sentence