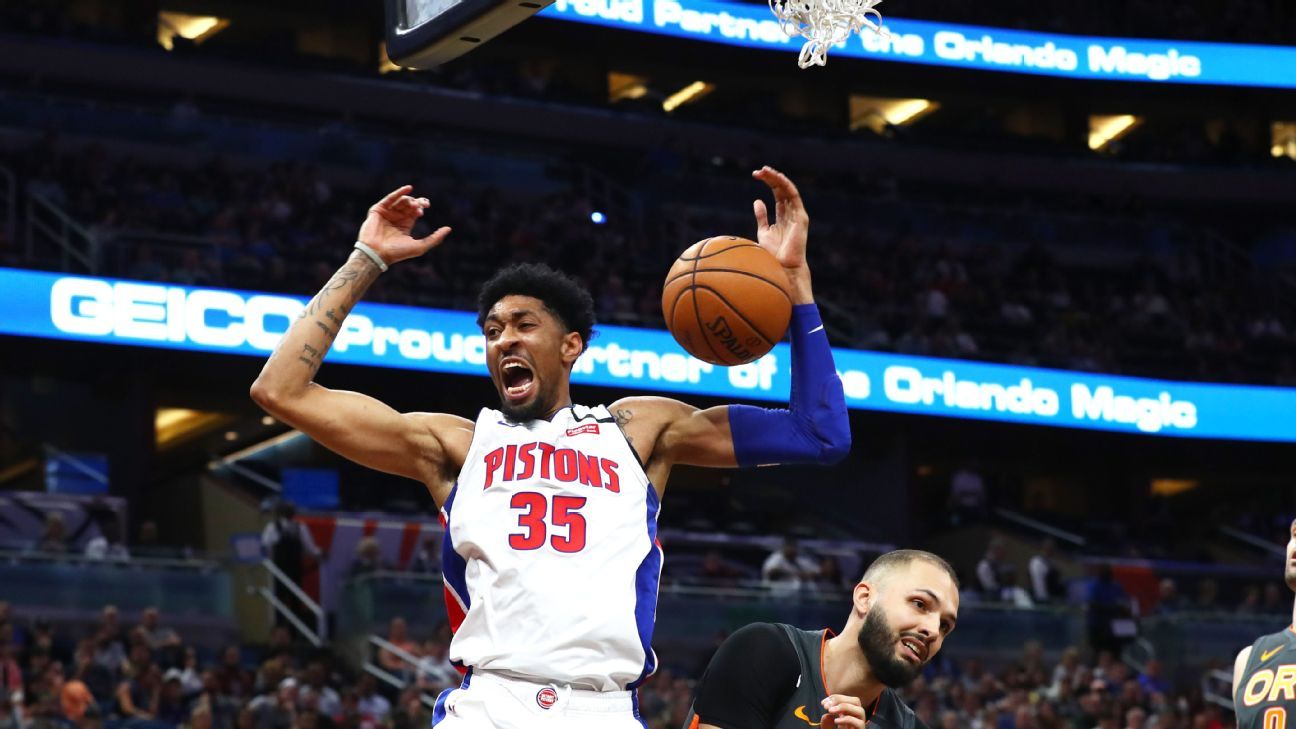 The deal is expected to be completed with a sign-and-trade via the Detroit Pistons, a source said.

Wood, 25, exploded onto the scene for Detroit after becoming a full-time starter following the Andre Drummond trade. From Feb. 3 onward, Wood averaged 22.3 points and 9.5 rebounds in 34.1 minutes per game, shooting 56% from the field and 41% from 3-point range.

An undrafted rookie out of UNLV, Wood bounced around the league until the Pistons signed him off waivers last season.

While Wood initially struggled to find minutes behind Blake Griffin and Drummond, he nearly always made a positive impact.

The Pistons were 10.4 points per 100 possessions better when Wood was on the floor and had a net efficiency rating similar to that of the Nuggets, Thunder and Pacers. When he sat, Detroit’s rating plummeted to just slightly better than that of the league-worst Warriors.

The 6-foot-10 big man can do damage rolling to the rim or popping out behind the 3-point line. He’s no slouch on the other end of the floor, either, averaging 1.5 blocks and 0.9 steals per 36 minutes last season.

Reich: Colts ‘got outplayed, got outcoached’ in lopsided loss to Titans