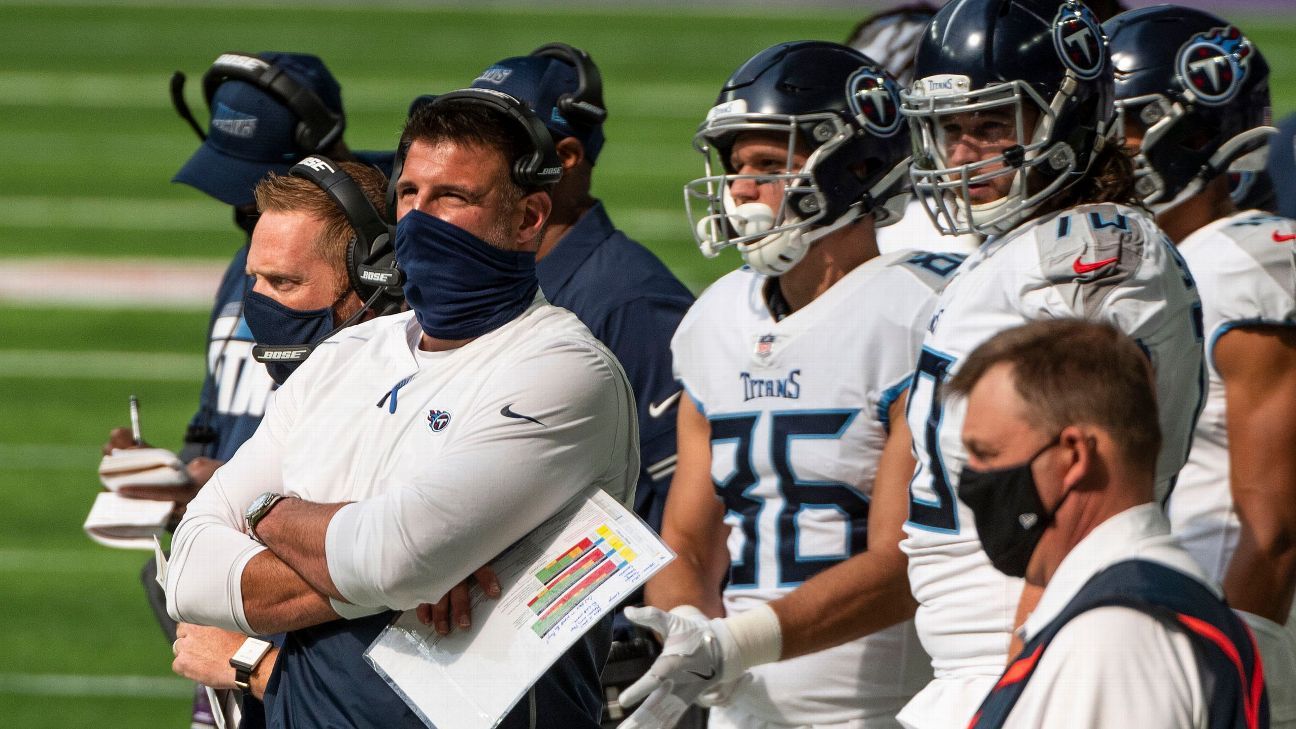 The Tennessee Titans expect to hear back soon from the NFL about the league’s investigation into the organization’s COVID-19 outbreak.

Although the Titans could face discipline, it is not expected to be as severe as some thought it might be when the league’s investigation started, sources told ESPN.

The NFL believes that the Titans’ violations of the league’s COVID-19 protocols were acts of negligence rather than intent, according to sources, so the penalties handed down by the league might not be severe.

“The league is trying to be reasonable here,” one source close to the investigation told ESPN. “They’re taking intent and motive into account. They’re backing off the Titans.”

The NFL’s investigation is expected to find that there were members of the Titans organization who were not wearing masks, but one source told ESPN that the league believes neither Tennessee general manager Jon Robinson nor head coach Mike Vrabel directed people to engage in such behavior.

Vrabel said earlier this month that the Titans have been “completely transparent” with the league and the NFL Players Association over the course of their joint investigation.

“We’ve made every coach and player available,” Vrabel said. “The league and the players’ association has spoken to every coach and player. We’re very confident in the way that we’ve handled that and have been in constant communication with them regarding how to get back into the building.”

The Titans faced widespread scrutiny after 24 members of their organization tested positive for COVID-19 from Sept. 24 to Oct. 11. Vrabel praised his team after the Titans improved to 4-0 with their win Tuesday night over the Buffalo Bills, saying the victory was “a testament to the players and what we’ve tried to build here.”

Wait, the White Sox hired Tony La Russa? Why it will or won’t work and what those across MLB are saying