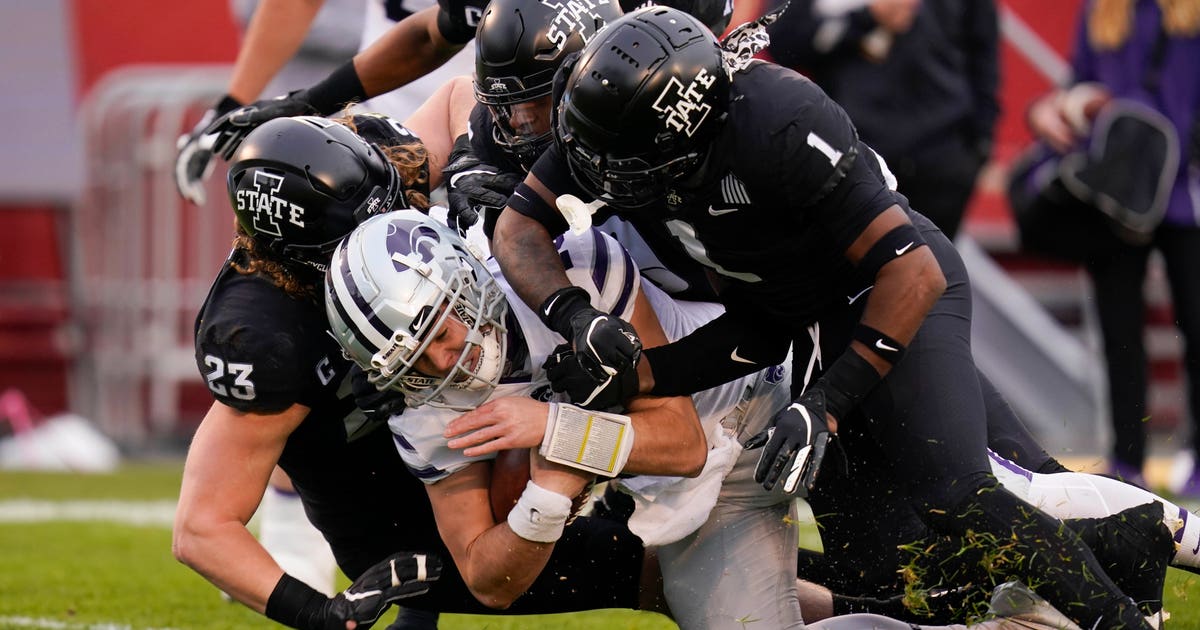 AMES, Iowa — Brock Purdy passed for 236 yards and three touchdowns and No. 17 Iowa State beat Kansas State 45-0 on Saturday for its most lopsided win over the Wildcats in 77 years.

Iowa State (6-2) improved to 6-1 in the Big 12, matching the school record for conference wins.

The Cyclones hadn’t had such a wide winning margin against the Wildcats since they beat them 48-0 in 1943. It was their biggest win over a Big 12 opponent since beating Kansas 45-0 three years ago.

Kansas State (4-4, 4-3), which won 11 of the previous 12 meetings, started to unravel after failing to score on an early first-and-goal from the 3.

Purdy completed 10 of his first 12 passes for 156 yards to six receivers and all three of his touchdowns.

Breece Hall was Iowa State’s leading rusher with 135 yards and two touchdowns on 13 carries. Hall ran for touchdowns of 33 and 21 yards as the Cyclones pushed the lead to 35-0 before half.

Kansas State sputtered with quarterback Will Howard, who completed just three of his first 9 attempts and was replaced after throwing an interception late in the second quarter.

No. 17 Iowa State will have a chance to move up after such an impressive win.

Kansas State: At Baylor on Nov. 28