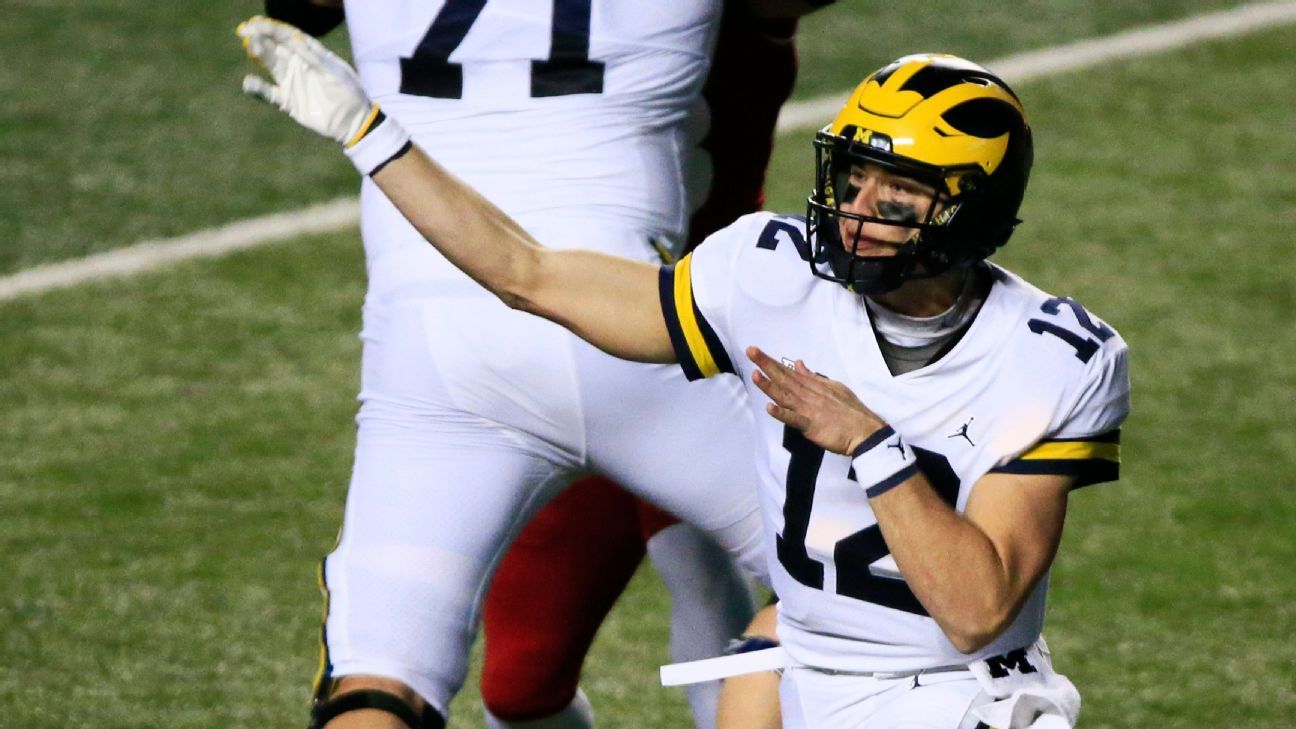 Michigan pulled off a 48-42 win in triple overtime against Rutgers on Saturday, rallying from a 17-point deficit to pull off the third-largest comeback win in school history.

Milton was 5-of-12 passing for 89 yards and no touchdowns when he was replaced, and McNamara instantly gave the Wolverines a spark on offense.

McNamara entered the game in the second quarter and led Michigan to a touchdown in his first drive, then got the Wolverines into field goal position before the end of the first half. Kicker Quinn Nordin missed the field goal attempt, but the team made up for the missed opportunity when receiver Giles Jackson returned a kickoff for a touchdown to open the second half.

Milton started the game after Harbaugh had said he would open up the quarterback competition after Michigan’s 49-11 loss to Wisconsin. Harbaugh acknowledged, however, that bringing in McNamara gave the team some confidence and the spark it needed to come back and win the game.

“It was great to see our players having fun,” Harbaugh said. “Saw so many good things out of him, the way he played, the way he executed, how he was prepared for the game. Gritty, it was a gritty performance, but also really great quarterback play.”

McNamara finished 27-of-36 for 260 yards and four touchdowns with no interceptions and also rushed for a touchdown. He’s only the fourth Michigan quarterback over the past 20 years with four passing touchdowns and one rushing touchdown in a game, joining Devin Gardner, Denard Robinson and Steve Smith.

The play at quarterback was a bright spot in the game, but the defense continues to struggle. In the five games before this one, Michigan had given up 37 combined points to Rutgers compared with 42 in Saturday’s game alone.

The Wolverines’ defense has already given up 137 points on the season, which is the most through five games in the team’s history.

But given the team’s 1-3 start prior to this game, getting a win and finishing a game was the team’s priority.

“This win meant everything,” linebacker Josh Ross said. “Our goal coming into this week was just to be 1-0, and we achieved that. We had a great week of preparation, and although we gave up a lot of points on defense, we still came out with the win and we fought our butt off the whole game, all the way to the end, and we came out with the [win].”

Harbaugh has said throughout the season he has wanted to see his players trust themselves, trust their talent and play freely the way he knows they’re capable of playing. He saw that on Saturday from his team, and while they acknowledged it wasn’t perfect, the team is taking the win as a positive and using it as a foundation moving forward.

“Tonight they did, and we were able to get the victory. It will be a happy flight home.”