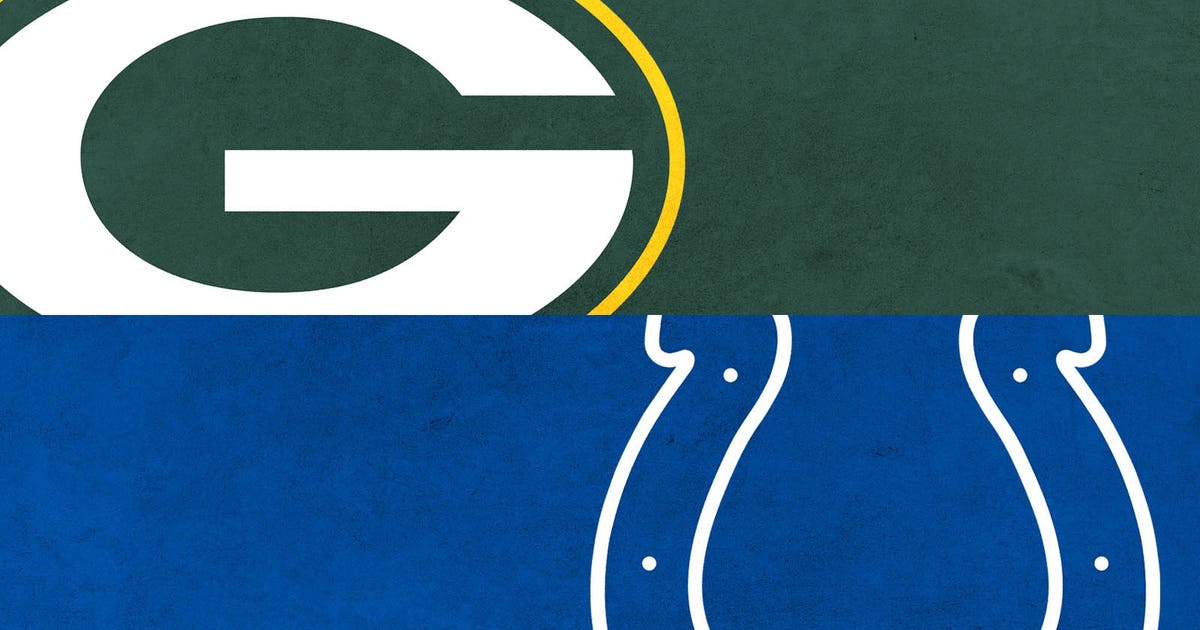 Green Bay is a slight underdog for its Week 11 game at Indianapolis (note: the Packers opened as a favorite but then the line moved).

It might mark the last time in this regular season the Packers aren’t favored to win. After this Sunday’s game, Green Bay plays floundering Chicago twice, three teams with losing records (Philadelphia, Detroit and Carolina) and a decent Tennessee team, but that game is at Lambeau Field.

The Colts are 6-3 – but their resume has been built off victories over such teams as the Vikings, Jets, Lions, Bengals and Bears. Oh my.

However, Indy is coming off a win over the Titans last Thursday, meaning the Colts have a little extra rest.

Recency bias? A better team than Green Bay? Many are buying what the Colts are offering – but not nearly everyone.

Here’s this week’s Packers predictions from around the web:

Sam Farmer of the Los Angeles Times: Colts 24, Packers 21. “Good matchup for the Colts because the Green Bay defense is so vulnerable. Still, Indianapolis isn’t running the ball as well as it did earlier in the season. Coming off a big win, Colts keep it going.”

Pete Prisco of CBSSports.com: Packers 27, Colts 21. “The Colts will have 10 days to rest after a Thursday night game last week, while the Packers are coming off a lifeless showing against the Jaguars. Watching Aaron Rodgers against the Indianapolis defense will be the treat here. I think he has has a good day as the Packers win a tough road game.”

NFL.com’s Gregg Rosenthal: Colts 29, Packers 26. “I trust this Colts team if it can protect Philip Rivers. I don’t yet trust the Packers’ defense to rush the passer, as Za’Darius Smith, Kenny Clark and Preston Smith have been lesser versions of their 2019 selves so far. The health status of Green Bay’s starting cornerbacks closer to game time could lead me to flip this pick, but this is easily the toughest defense Aaron Rodgers has faced since falling to the Bucs.”

Will Brinson of CBSSports.com: Colts 31, Packers 10. “The Colts are good, guys. They’re just good. This is not a Philip Rivers thing either. The defense is GREAT. Matt Eberflus isn’t getting enough head coach buzz right now. As long as Darius Leonard isn’t on the injury report they will shut down the Packers run game. I think Jonathan Taylor might break out here and I firmly believe the Packers get another pop in the mouth, curl up and go to sleep while the Colts roll.”

John Breech of CBSSports.com: Colts 23, Packers 20.  “I think it’s going to come down to how well Aaron Rodgers plays against Indy’s defense, and spoiler alert, I don’t think he’s going to play well. The Colts have actually been one of the best pass defenses in the NFL this year. For one, they’ve held opposing quarterbacks to a QB rating of just 78.9, which is the best in the NFL this year (To put that in perspective, Dwayne Haskins has a QB rating around that level, so the Colts basically make every quarterback look like Dwayne Haskins). Also, the Colts have given up the second-fewest passing yards in the NFL this year. Since they’re so good against the pass, you might think you can run on them, but that’s not the case, either. Indy is surrendering just 91.8 yards per game on the ground, which is the third-best number in the NFL. Guys, I’m being sucked in by Indy’s folksy charm and I think I’m going to have to pick them. I really hope they don’t spit me out.”

Vinnie Iyer of the Sporting News: Packers 24, Colts 20. “Aaron Rodgers and the Packers have a challenge against a defense that is very good against the pass and pretty good against the run. But they should also appreciate not needing to deal with the elements of Lambeau Field. The Colts will have success with their deep backfield as they try to shorten the game with ball control and limit Rodgers’ chances. But Rodgers will get help from his running game and defense, too, to set up big, game-changing pass plays.”

Bill Bender of the Sporting News: Packers 33, Colts 27. “Philip Rivers is 1-3 as a starter against the Packers, but he averages 372 yards per game in those contests. Aaron Rodgers matches that in a fourth-quarter thriller.”

Josh Schrock of NBC Sports Bay Area: Packers 24, Colts 20. “The Colts are getting a lot of respect for beating a Titans team that almost certainly is fraudulent. I’ll take Rodgers and the points.”

Oliver Hodgkinson of Pro Football Network: Colts 27, Packers 24. “The Green Bay Packers were nowhere near as dominant against the Jacksonville Jaguars as I was expecting, and now they face what is arguably the most complete defense in the NFL. Although the Indianapolis Colts offense lacks the potency of the Packers, there is a matchup that could give them the edge. The Packers have allowed the second-most receiving yards to the running back position in the NFL prior to Week 10, and the Colts averaged 10 yards per reception from their running backs in their Thursday Night Football win over the Titans. Nyheim Hines will be the player to watch as the Colts sneak their seventh win of the season.”

Sportsnaut’s Vincent Frank: Colts 24, Packers 21. “Aaron Rodgers has his Packers at 7-2 on the season. The quarterback has entered the MVP conversation with 26 touchdowns compared to three interceptions. Despite this, there’s some major concern over the Packers’ defense. In fact, this unit has given up nearly 26 points per game. That should be the difference in NFL Week 11.”

Four of six analysts at SI.com are picking the Packers.

Two of three writers at Athlon Sports think the Packers will win.

Six of seven PennLive.com writers pick the Packers to win.