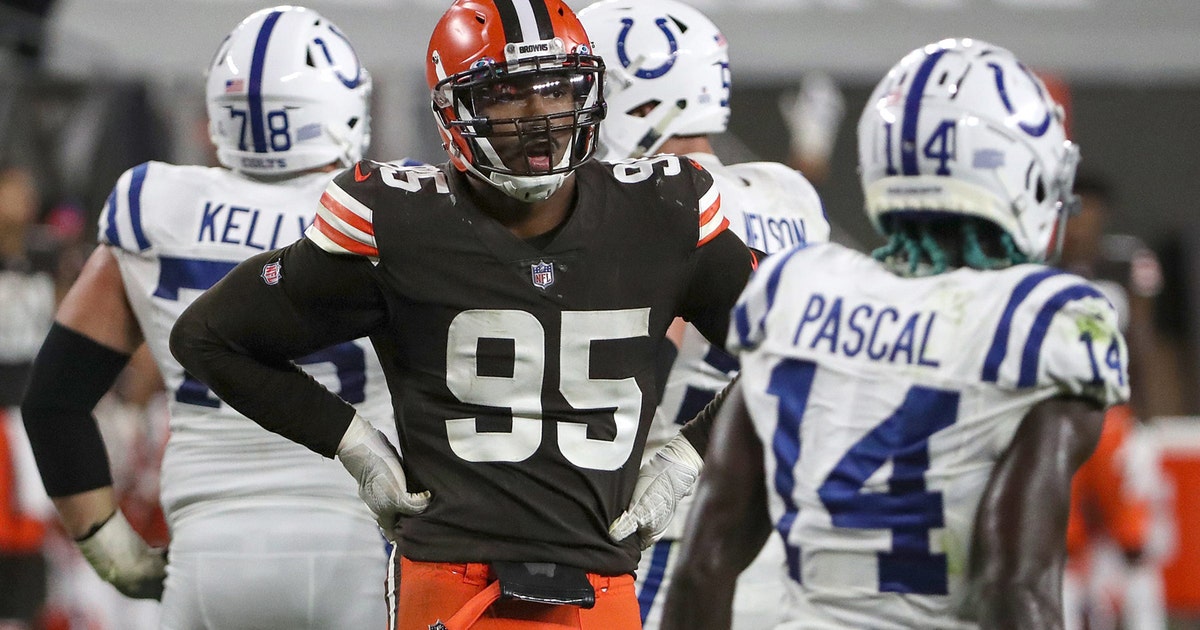 CLEVELAND (AP) — Myles Garrett will miss one game — and possibly two — for the Cleveland Browns after the dynamic end and NFL sack leader tested positive for COVID-19.

The Browns, who are in playoff contention for the first time in years, will be without Garrett on Sunday against the Philadelphia Eagles after the team placed him on the COVID list.

Garrett could be in jeopardy to miss next week’s game in Jacksonville because he must be away from the team for at least 10 days and receive medical clearance before returning.

Before he tested positive, Garrett isolated at home the previous two days because he was showing symptoms. On Thursday, Browns coach Kevin Stefanski said he expected Garrett to return on Friday, However, when the positive test came back, the team followed league-mandated protocols and placed him on the list.

It’s a tough blow for the Browns (6-3), who have spent the week dealing with virus-related issues. The team placed starting right tackle Jack Conklin, kicker Cody Parkey and fullback Andy Janovich on the COVID list earlier.

But losing Garrett for any period is especially tough. The No. 1 overall pick in 2017 has been playing at an elite level. He leads the league with 9 1/2 sacks and has changed several games with strip sacks while helping the Browns to their best nine-game record since 2014.

Garrett’s presence alone makes quarterbacks nervous. His ability to turn the corner while rushing off the edge is unique for a player his size and he has the speed to chase down quarterbacks as Houston’s Deshaun Watson learned when he barely beat Garrett to the sideline last week.

Garrett has been on a mission this season. His 2019 season ended when he was suspended six games by the league for swinging his helmet and striking Steelers quarterback Mason Rudolph in the head.

Without Garrett, the Brown went 2-4, lost their last three games and entered another offseason of change.

Cleveland hasn’t made the postseason since 2002 — the league’s longest drought.

Sources: Ravens-Steelers still on for Tuesday