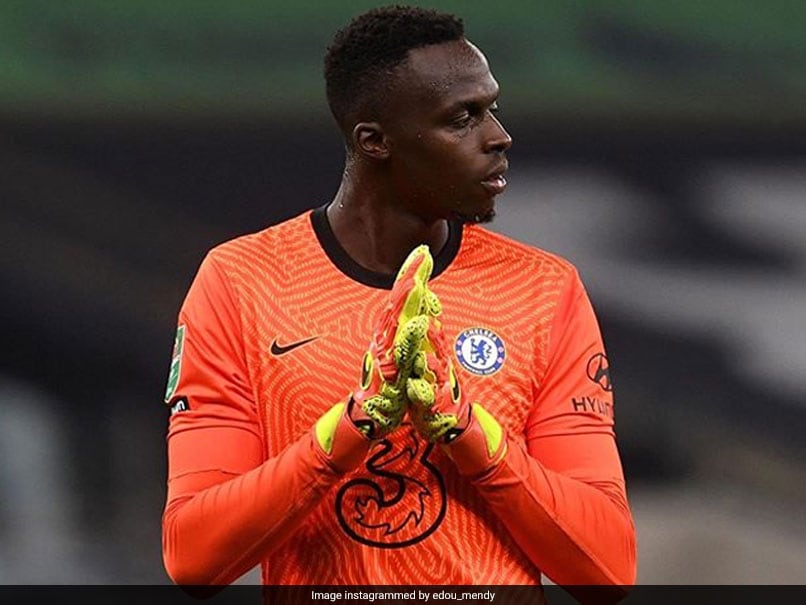 Frank Lampard confirmed Chelsea goalkeeper Edouard Mendy will miss Saturday’s Premier League clash against Southampton after a suffering a thigh injury, but the Blues boss would not reveal if Kepa Arrizabalaga is in line for a recall. Mendy has replaced error-prone Kepa as Chelsea’s first choice keeper following his 22 million pound (USD 28 million) move from Rennes in September. The 28-year-old kept his first Chelsea clean-sheet in their win against Crystal Palace before the international break. But Mendy is now facing a short spell on the sidelines following his injury during a Senegal training session last week. That leaves Lampard to choose Kepa or Willy Caballero to replace Mendy this weekend.

Kepa, the world’s most expensive keeper, was dropped twice by Lampard last season and has not played for Chelsea since his latest costly mistake in the defeat against Liverpool in September.

He did keep a clean-sheet for Spain against Portugal recently, but Lampard will make him wait before learning if he is back in favour.

“Mendy won’t be fit for the match tomorrow. We hope the injury isn’t too long,” Lampard told reporters on Friday.

“I will make that decision myself about the goalkeepers tomorrow.”

Lampard will also be without Brazil defender Thiago Silva after his draining international duty.

“Thiago Silva after his trip is not unfit but he’s not ready to play because of the travelling and the game,” Lampard said.

There was some positive fitness news for Lampard, who said Hakim Ziyech is likely to come off the bench to make his Chelsea debut against Southampton.

Ziyech was signed from Ajax in February but didn’t officially arrive until the close-season before sustaining a knee injury in a pre-season friendly against Brighton.

The 27-year-old played for Morocco against Senegal last week and Lampard is keen to see the talented playmaker in action at last.

“Hakim Ziyech is in the squad. He’s not fit to start, but fit to participate. He’ll get some minutes we hope,” Lampard said.

“We bought Hakim here, it feels like a long time ago now. He hasn’t played since the Dutch league finished during lockdown.

“He’s been fantastic in terms of his professionalism to get fit. He’s worked so hard.

“It’s just game minutes we need now. Of course I am excited to get him in and around it, to get what we bought him to the club for, which is to create chances, to be a talented player that we saw at Ajax. I look forward to seeing him play.”

Lampard also admitted he had reminded Tammy Abraham and Ben Chilwell of their responsiblities after the pair missed England’s friendly against Wales last week following a breach of coronavirus protocols.

Chilwell attended a birthday party for Blues striker Abraham which had more than six people present.

“We have lived in this bubble for quite a long time now. We have to make sure we stay on point with it at the training ground. The players also have a responsibility, as do the public, to follow the rules we are being told,” Lampard said.

“There is not massive clarity but that is not an excuse for the lads. They make mistakes and I remind them of their responsibilities.

“From the conversation I had with them, it was an innocent mistake but they understand their mistake and we move on. I don’t expect it will happen again.”

Australia vs India: Cheteshwar Pujara, Hanuma Vihari, Coaching Staff To Join Others In UAE Ahead Of Tour | Cricket News