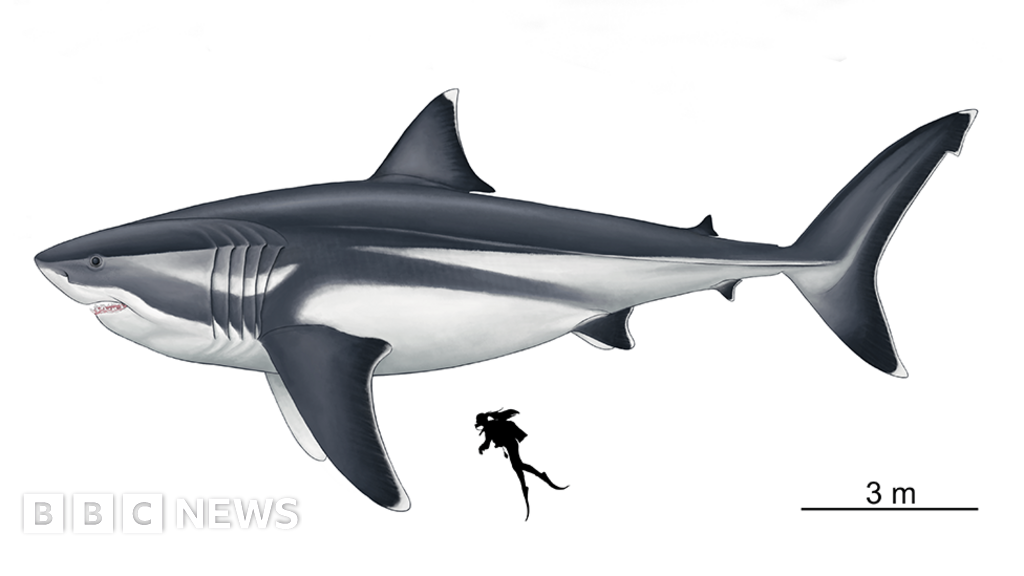 The enormity of a prehistoric mega-shark made famous in Hollywood films has finally been revealed by researchers.

Until now, only the length of the Otodus Megalodon, as featured in the 2018 film The Meg, had been estimated from fossils of its teeth.

However a team from Swansea and Bristol universities have combined maths with nature to reveal just how big it was.

The study has been published in the journal Scientific Reports.

Researchers used mathematical methods and comparisons with living relatives to find the overall size of the megalodon, which lived from about 23 million to three million years ago.

Jack Cooper, who is to study a PHD in palaeobiology at Swansea University, described the research as his “dream project”.

“Megalodon was the very animal that inspired me to pursue palaeontology but studying the whole animal is difficult considering all we really have are lots of isolated teeth,” he said.

“It’s significant that we have now been able to produce estimates of proportions and dimensions of the body parts when there are no fossils to go off.

“However the dimensions in the film were actually pretty accurate.”

Previously, the shark was only compared with the great white, but the latest analysis was expanded to include five modern sharks, including the makos, salmon shark and porbeagle shark.

Mr Cooper added: “We could take the growth curves of the five modern forms and project the overall shape as they get larger and larger – right up to a body length of 16 metres.”

One chipmaker, up 100% this year, could have more room to run, trader says