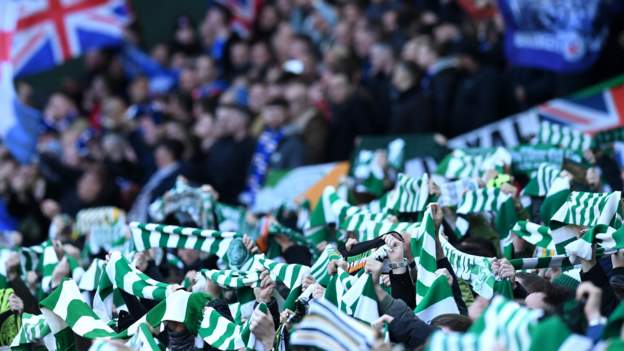 It might be a game without fans and soul, but Celtic Park on Saturday will be remembered far longer than many other Old Firm contests, regardless of the hush or the outcome.

A barn-busting classic or a dreary stalemate – whatever happens it will go down in history as the first, and please God the last, coronavirus derby between the two Glasgow behemoths.

We’re now in an age where we’re not just waiting on injury reports, we’re also waiting on Covid updates. Celtic have been hit hard and will be missing up to four players because of the virus. Ryan Christie would be a considerable creative loss, but if Odsonne Edouard is nowhere to be seen on Saturday then it will be a blow of a different magnitude for Neil Lennon and his team.

Albian Ajeti has scored four goals in eight games and would be the natural replacement, but those are sizeable boots to fill. Edouard at his best has lit up this fixture. Nine games and six goals are just the bare bones statistics. His influence has been significant.

There is nobody that Rangers would fear more than a fit and firing Edouard. He’s not been himself for a little while now, but good players can rise to big occasions and the Frenchman has done it routinely against Celtic’s greatest rivals.

So, as Celtic fans wait for the latest on their striker, you can be certain that Rangers fans are waiting too. Where is he? How is he?

Rangers striker Alfredo Morelos has probably been the most talked-about man in this fixture over the past two seasons, but only because of the controversy surrounding him and his forlorn search for a goal. In tight games, Morelos has attempted to do it, but Edouard has done it.

In their seven head-to-heads since Steven Gerrard took over at Rangers, there’s been so little between these teams. Celtic have won four, Rangers three. Celtic have scored seven, Rangers six.

At the top of the table, Rangers have played 10 to Celtic’s nine. They are one point and one goal better off. The margins are fine, but of course it’s early too.

Rangers have proven themselves to be sprinters who run out of puff, front-runners who can’t see it through. Celtic are the long-distance kings. They stay the course – or have done every season for the past nine.

Edouard or no Edouard, the long-awaited Morelos goal or no Morelos goal, Scott Brown and Callum McGregor bossing the game or Ryan Kent and Scott Arfield lording it over them – nothing will be decided one way or another on Saturday. But it’ll be fun nonetheless.

The seven games of Celtic versus Gerrard have all had drama attached. Penalties have been missed in the past two. There have been five red cards – Morelos, Andy Halliday, Jordan Jones, Jeremie Frimpong and Morelos again. Six if you count Michael Beale, the Rangers coach.

There could have been more. Celtic fans will go to the grave believing that Allan McGregor and Jon Flanagan should also have walked. They’ll also tell you that Morelos should have had a red after three contentious incidents with Brown, Christie and Anthony Ralston in December 2018.

Rangers folk would, no doubt, cite incidents of their own. That to-and-fro would be the verbal equivalent of Nadal versus Djokovic.

Gerrard’s team have been the better side in three of the past four derbies. Gone, it would seem, are the days when Celtic took Rangers apart at will, humiliating them with their invention, their pace and their ruthlessness. The fours and fives look as much a thing of the past as Clint Hill and Rob Kiernan.

Before the most recent meeting, at Celtic Park last December, Neil Lennon’s side had won 15 in a row in all competitions at their own place. They hadn’t lost at home to a domestic rival in more than a year, but Rangers beat them 2-1 – and thoroughly deserved to. Kent and Nikola Katic scored. Borna Barisic assisted on both.

There was a power about Rangers that day that was wholly convincing. More recently, there’s been an authority in some of their play that’s also convincing.

Kent has emerged as a playmaker and a leader. Arfield has been clever and influential. Steven Davis and Ryan Jack have been important in the heart of the midfield. The defence has looked strong. James Tavernier can’t stop scoring.

Rangers haven’t lost in 13 this season, wining 11, drawing two and keeping 10 clean sheets. We’ve seen a version of this before – a team flattering to deceive.

They can sprint, but can they stay? A Derby horse is never going to win the Grand National – and a league season is run over a Grand National distance.

It’s intriguing. For all the talk about Celtic not quite having hit their straps this season they’ve lost one game in 13 – against Ferencvaros – and have won eight in a row since that Champions League defeat.

Edouard has been causing Lennon some issues with his performances, but Celtic have still managed to score 20 goals through 11 scorers in the eight games since the defeat by the Hungarians. And for all the chat about the occasional, but undoubted, wobbles at the back they’ve only conceded three times in those eight games.

The last time these sides met there was a penalty save, a red card on 90 minutes, another red card just after and an upset when Rangers won at Celtic Park. The absence of fans might turn the usual maelstrom vibe into something calmer, but if recent history is a guide this game will produce its own thrills. The Old Firm, with a twist.