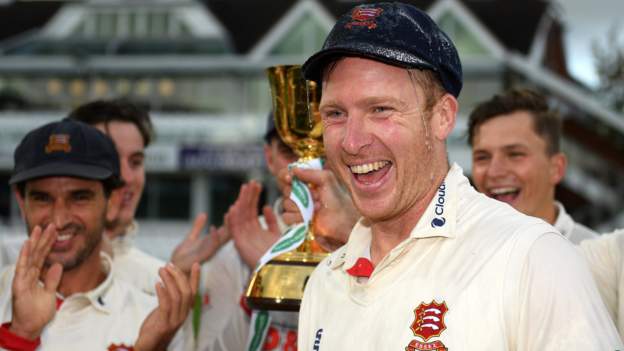 A revamped County Championship will return next summer with the 18 first-class counties split into three groups.

The competition was replaced by the Bob Willis Trophy in 2020 after the domestic season started four months late amid the coronavirus pandemic.

The Bob Willis Trophy final, a five-day game at Lord’s, will still take place in 2021 contested by the best two sides in the new-look County Championship.

Essex, County Championship winners in 2019, will defend both trophies.

They also won the inaugural Bob Willis Trophy in September.

The County Championship is usually split into two divisions with eight teams in Division One and 10 in Division Two.

But with uncertainty surrounding how Covid-19 will continue to impact first-class cricket in 2021, the England and Wales Cricket Board said it wanted to restart the County Championship, whilst mitigating against the impact of the pandemic.

“I am delighted that the counties have been able to reach this agreement less than three weeks after Essex won the Bob Willis Trophy final at Lord’s,” ECB chair Ian Watmore said.

“The success of that competition provides reassurance that this structure can help safeguard against any impact the global pandemic may have on next season while also ensuring the integrity of the County Championship.

“It must be stressed that this structure has been agreed for next season only and during 2021 we will review and consult with the counties and other stakeholders to decide the appropriate next steps for the men’s domestic structure in 2022 and beyond.”

The three groups are seeded based on performances during the 2019 County Championship and the 2020 Bob Willis Trophy.

Playing conditions for both tournaments and dates will be announced “in due course”.

How will it work?

Long Covid: Who is more likely to get it?

Tighter coronavirus restrictions, not U.S. elections, are the ‘biggest near term risk’: UBS